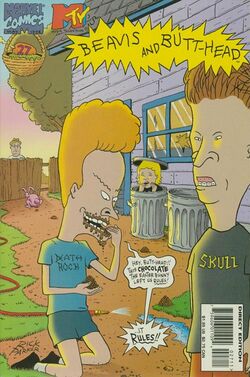 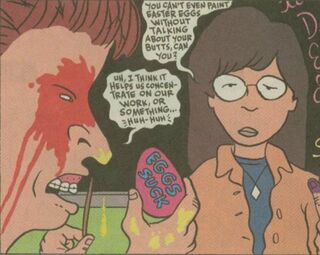 Beavis runs amok trying to find chocolate he hasn't eaten (or "TP"), and Butt-head boots him away from the remaining candy, happy in the knowledge that Beavis will get "busted". The sugar-raging horror joins the easter egg hiding - Cobb saying not to make it too hard as the orphans "get violent when annoyed" - but finding no candy or TP, announces "I SHALL RETURN MY BUNGHOLE TO THE CANDY!" and heads back. Butt-head has just found an Easter Bunny costume there, and tells Beavis that if he wears it, he'll have all the TP he wants. And so, when all the orphans are waiting for the easter egg hunt, they see the Easter Bunny coming towards them... screaming "SONAVBITCH" over and over in a candy-induced fever, causing them all to burst out crying that the Easter Bunny hates them. 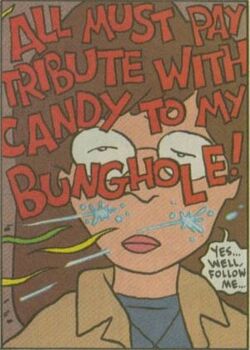