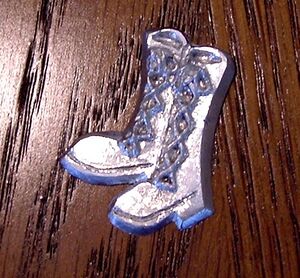 The awards were originally created in 2004. Former community member Dr. Mike was in charge of the first awards. The ballot consisted of a registered poll hosted on his website. From 2005 on, Richard Lobinske, Quiverwing and Mr Orange have been responsible for the organization of the awards.

Retrieved from "https://dariawiki.org/w/index.php?title=Daria_Fanworks_Awards&oldid=6841"
Category:
Cookies help us deliver our services. By using our services, you agree to our use of cookies.