From DariaWiki
Revision as of 19:24, 24 April 2018 by Charles RB (talk | contribs) (Created page with "thumb|500px| The cheerleading squad of Lawndale High is composed of at least six members: *Brittany Taylor; *Angie (the one with lon...")
(diff) ← Older revision | Latest revision (diff) | Newer revision → (diff)
Jump to navigation Jump to search 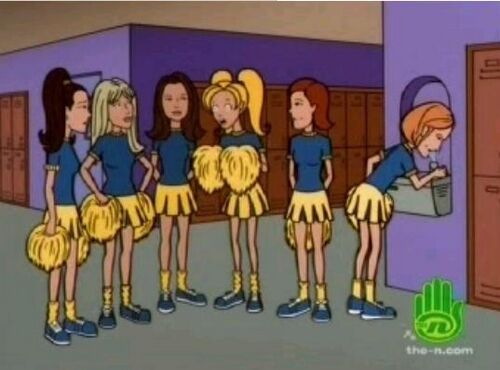