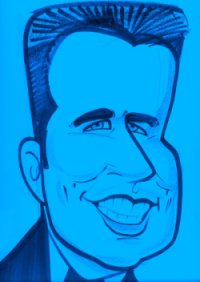 Marc Thompson is a voice actor who provided the voices for Anthony DeMartino, Timothy O'Neill, Kevin Thompson, and Jamie White, as well as Upchuck for the first season before Geoffrey Arend took over that part. He works exclusively and frequently as a voice actor, and was interviewed in the documentary Adventures in Voice Acting.

He holds a BFA from New York University's Tisch School of Arts, having graduated in 1997, and was formerly a minister in the Greater New York chapter of the International Churches of Christ. His most recent work was in a Broadway production of Eric Bogosian's Talk Radio -- due to the nature of the play, only Thompson's voice is heard.

He can be heard in English-language dubs of "Yu-Gi-Oh!", "One Piece", and "Pokémon" along with voicing Casey Jones in the 2000s Ninja Turtles.

Retrieved from "https://dariawiki.org/w/index.php?title=Marc_Thompson&oldid=26516"
Category:
Cookies help us deliver our services. By using our services, you agree to our use of cookies.