Sanjuro Kuwabatake is the name of a ronin who kills Quinn in a nightmare she has in Scissors MacGillicutty's continuation of Nemo Blank's Quinngali.

He is also the main character in Akira Kurosawa's 1961 film Yojimbo and its sequel Sanjuro. How Quinn would know this piece of film history is unexplained at present. 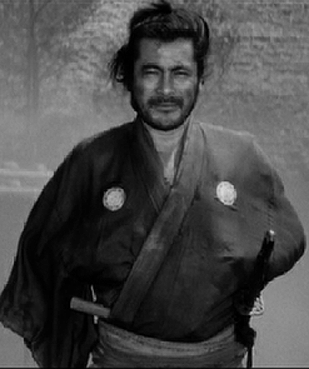 Sanjuro Kuwabatake off to do what he does best—chop bad guys to bits.
Retrieved from "https://dariawiki.org/w/index.php?title=Sanjuro_Kuwabatake&oldid=20616"