An incendiary grenade that uses thermite as the heat source and a bursting charge to scatter the thermite around the space the user intends to ignite.

The device was developed by Daria in the Living dead girls universe, in Living Dead Girls 3: Baptism Of Fire.

The weapon operates just like any other grenade, in which it uses a lever to hold back a spring loaded striker and a pin to restrain the lever, and the striker would when released strike a percussion cap and initiate the igniter mix which would then ignite the thermite, and that would then initiate the bursting charge. 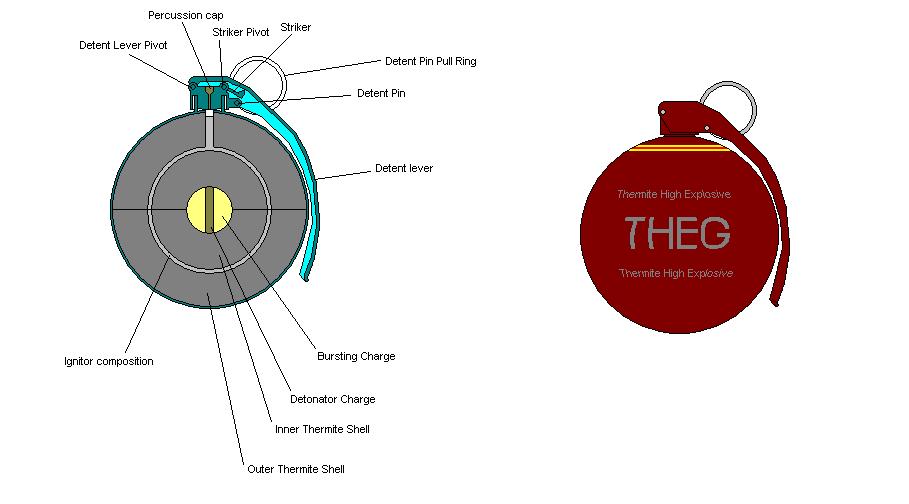