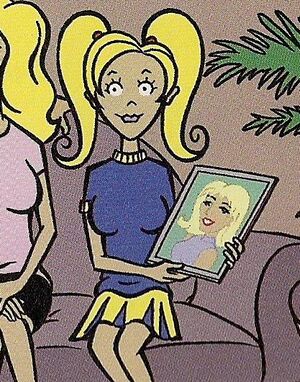 Absent from the series, her only appearance comes in form of a framed photograph in the Taylor family portrait in The Daria Database, where she is described as:

Fanfiction stories portraying Vivian are relatively rare. She has a appearance in Inheritance, by Roentgen, the sixty-sixth installment of Legion of Lawndale Heroes series. She is also significant in the back story and ending of Kristen Bealer's "A Monster in the Unmaking," which focuses on her ex-husband, Steve Taylor.