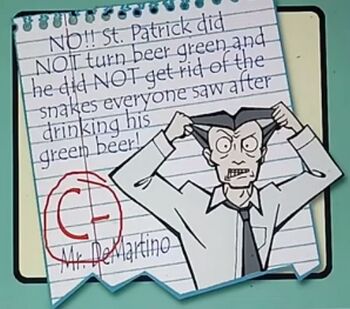 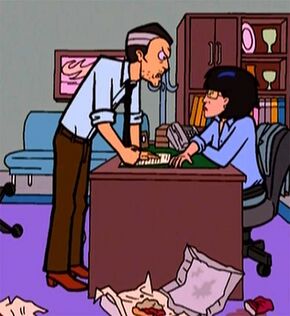 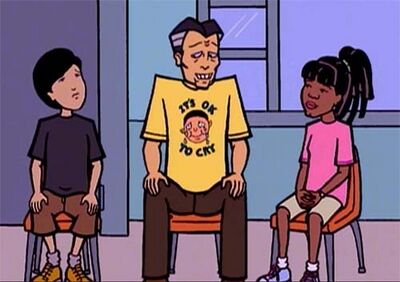 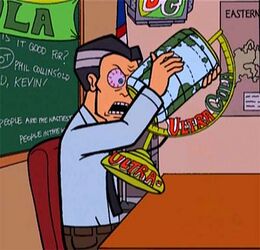 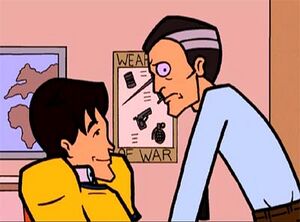 Due to his age, military school background, mannerisms, and comments that "a lot of good men died [in Vietnam]" in "Esteemsters", many fanfics have made him a Vietnam War veteran. This was never stated in the show but makes enough sense to be widespread fanon.

Retrieved from "https://dariawiki.org/w/index.php?title=Anthony_DeMartino&oldid=28976"
Categories:
Cookies help us deliver our services. By using our services, you agree to our use of cookies.