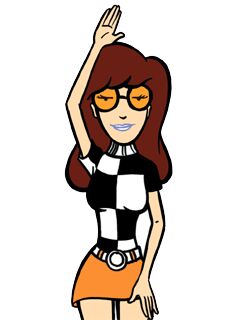 A counterclock thing has characteristics which are exactly the opposite of the thing as it is commonly known in the normal world. Here, a counterclock world is a fanfic-based Dariaverse in which the Daria characters are their canon opposites: Kevin Thompson could be a genius who hates athletics, Daria could be a fashion-conscious popularity hound, and so on. To retain some recognizable connection to the canon world and make the story palatable to Daria fanfic readers in general, the basic setting (Lawndale) is usually retained intact, and the characters keep their basic appearances, though modified according to their new personalities (Daria makes herself up to be beautiful, Kevin doesn’t exercise, etc.).

Counterclock Dariaverses are controversial because they lack the most identifiable and popular elements of the original series (the characters as we know them), making it difficult for readers to relate to the world presented. One possible solution to this problem is to have the world be an alternate universe in which the canon timeline of the Daria series is altered by an event, with the cascade of logical consequences altering characters' lives and eventually creating what appears to be a counterclock world. It is more palatable to fans to have an alternate-universe fanfic in which only one character is a counterclock as a result of a timeline change.

The phrase might have originated with a 1967 novel by Philip K. Dick, Counter-Clock World, in which time is reversed, so that what we call death is considered birth, and so forth.