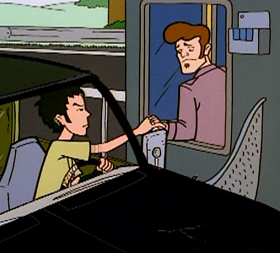 Curtis Stalano was a peer of Trent Lane and Jesse Moreno (and thus Tommy Sherman) at Lawndale High.

Curtis presumably recognised Trent as well, but whatever reaction he had is unknown.

Retrieved from "https://dariawiki.org/w/index.php?title=Curtis_Stalano&oldid=28491"
Category:
Cookies help us deliver our services. By using our services, you agree to our use of cookies.