"The F Word" was the fifth episode of the fourth season of the Daria TV series (episode number 405). It first aired on MTV on March 31, 2000. This episode was written by Rachelle Romberg. This is the only episode that has aired under multiple titles in the US; when it was shown on The N, this episode was retitled "Fail."

Inspired by a bizarre seminar by Professor Bentley at a teacher convention, talking about how accepting failure can be a path to future success, Timothy O'Neill instructs his homeroom class to find a task that they are sure to fail at.

Most of the students, however, succeed at failing, thus causing ripple effects throughout their lives, and identity crises: Kevin "succeeds" at "failing as an athlete", getting kicked off the football team; Brittany "succeeds" at becoming unpopular and loses her place on the team; Jodie fails to get her parents to stop overworking her, causing her to be miserable; and Jane is able to behave in a conventional manner, to the point of getting asked to join the cheerleading squad. On top of that, Daria's machinations to get Quinn banned from going to the Teen Fashion Extraviganza fail - and she ends up assigned to chaperone her at the mall.

Jane, disturbed by how easy it was to be conventional, decides to join the cheerleading team - her confidence is shot and she's worried she might have been kidding herself about being an outcast artist all along. However, she decides against it after imagining herself abandoning Tom & Daria and dating Kevin. Mack and Jodie help Kevin and Brittany regain their places.

However, seeing the damage he'd done has caused O'Neill to have a breakdown and he tearfully declares himself a total failure as a teacher in front of the class. Nobody cares much, with Daria and Jane cheerfully admitting they can't be bothered to intervene. However, Daria finds a motivation and visits O'Neill, telling him he was trying his best and that he himself as just failed, and therefore should carry out his own assignment. This random psychobabble works, and O'Neill's confidence is restored. He says he wants to repay Daria... the real reason she helped him, as she's able to make him chaperone Quinn instead!

"The F Word" and Fanfic[edit] 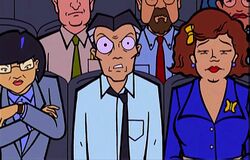 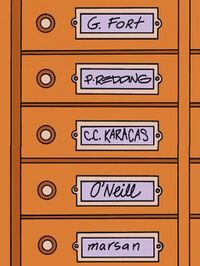 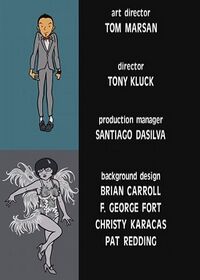 ...are manipulating his very existence!

On “The F Word” the Episode[edit]

Alternate-Universe Versions of “The F Word”[edit]

Retrieved from "https://dariawiki.org/w/index.php?title=The_F_Word&oldid=28429"
Categories:
Cookies help us deliver our services. By using our services, you agree to our use of cookies.